Red Nose Day (RND) is a well-known event in the UK. The aim of the day is to raise money for Comic Relief. This is a charity that helps people in need in Africa and in the UK.

Comic Relief was started in 1985 by Richard Curtis. He wrote the famous films “Four Weddings and a Funeral” and “Notting Hill”. Richard started Comic Relief in response to the severe famine in Ethiopia. It’s called Red Nose Day as on this day many people buy a plastic red nose to wear! The money made from selling red noses goes to the charity.

Red Nose Day takes place every two years in the spring. It is now so well established that many people consider it to be an unofficial national holiday.

The slogan for the last RND was “Do Something Funny for Money.” The money that was collected was used to help fund projects in such areas as education and mental health. Money-raising events take place on this day all over the country and many schools participate. People also donate money by post, in

banks, by phone using a credit card and online.

In the evening of Red Nose Day a telethon takes place on the BBC TV channels. This is like a television marathon (马拉松）that shows some of the events of the day and reports how the money raised will be spent. People also upload videos of local charity events onto the Internet.

So, if you are ever in the UK on Red Nose Day，you will know why you find normal people wearing red noses and doing silly things! It’s all for a good cause!

Red Nose Day is a famous event in Britain.

Comic Relief aims to help people all over the world.

Richard Curtis is a well-known actor and film director.

Many people wear a red nose on Red Nose Day.

The funnier people look, the more money they collect.

People give money to Comic Relief in many ways.

Many schools take part in the money-raising events on Red Nose Day.

Those Who Ride on Two Wheels

In the United States there are six million tennis players and twelve million golfers. These figures would not surprise most people. But many would be surprised to learn that twenty million Americans ride motorcycles (摩托车).Few people realize that motorcycling is fast becoming one of America’s most popular sports.

According to the Cycle News，many kinds of people enjoy motorcycling. They include black people and white people, businessmen, professionals, and blue-collar workers. Among them, about 55% are businessmen, 3% are in the professions and 9% in government service.

Such information is offered by the Cycle News in the hope of improving the general public’s impression of the sport. The public has tended to believe that all motorcyclists are wild and lawless young men.

There are several things about motorcycling that the average citizen dislikes. A motorcyclist’s appearance has something to do with this dislike. Motorcyclists often look dirty; in fact, they are dirty. On the road, there is little to protect them from mud. For practical reasons, they often dress in old clothing which looks much less respectable than the clothing of people who ride in cars. For the same reason, motorcyclists usually wear dark colors. Perhaps this helps to explain why they are sometimes suspected of having bad natures.

Probably motorcycles themselves also produce anger and fear. They are noisy， though some trucks are even noisier. But trucks are acceptable because they perform a needed service. Motorcycles, on the other hand, make an uncomfortable noise just to give their riders pleasure. Roaring along quiet streets, they wake sleeping families and make babies cry.

Yet, as motorcycling becomes more and more common, it will be interesting to see how people in general feel about the sport. Perhaps it will someday become as “respectable”as tennis or golf.

According to the text, more and more Americans like

According to the Cycle News，over half of the motorcyclists are

The Cycle News wants to

B. improve the image of motorcycling

A.they want to be respectable

B.they want to be impressive

Some people dislike the motorcycle because it is    .

How to Forgive, Forget and Let Go

② Recognize that forgiveness is not denial. Whatever caused the pain was a real incident. Denying that it happened means it is too painful to work through the emotions. There is no timeline on forgiveness. Some steps take longer to get through, and it is acceptable to set them aside for a period of time. Part of forgiveness is understanding whether or not someone takes responsibility for what happened, and may even show regret.

③ Understand that not everyone who forgives reconciles with the person who caused the pain. There are relationships that are harmful and even physically dangerous. While it is possible to forgive the past and move beyond it，it may also mean that the person who was involved can no longer play an active role in your life. If a person or situation is not safe，it may be best not to reconcile the relationship now. Work on forgiveness at d time when you are emotionally healthy and physically safe.

④Make a conscious decision to forgive someone. Even if they never apologize for what happened, determine within yourself that it is fine to proceed without this apology. Apologies should not be asking for forgiveness. Apologies should be offered as an effort of true regret. They should be admitting that taking personal responsibility for the situation is important. Even without that apology, make up your mind to forgive, forget, and eventually let go.

A、 Forgiving should be at a safe time.

B、 Forgiving is not to deny what happened.

C、 Forgiving is not to free someone from blame.

D、 Forgiving can happen without an apology.

E、 Foigiving can lead us away fix>m the past hurt.

A、 you may not become friends

B、 to offer forgiveness

C、 who are still dangerous to you

D、 who wronged you long time ago

E、 you may never get rid of emotional pain

G、 for being forgiven

You may forgive some

There is no fixed time

Even if you’ve forgiven someone

Don't rush to forgive those

If you expect an apology,

Throughout history, people have often selected where they want to live based on the natural resources that are available in the area. _1_Some of these resources include water, food sources such as fruits and vegetables, and animals that can be caught or hunted.

A region’s natural resources determine the way of life of its people. _2_ On the other hand，poor soil will either send people looking for better places, or attract people with other purposes for the land, such as setting up businesses or factories.

_3_ People who wish to make a living as fishermen can do so by the pecan, but cannot do so in the desert. Desert people have many traditional and liquid foods, which cannot be found in the forest. Each area attracts people based on their interests and purposes.

Areas that have rich water resources will naturally have more people, traditionally, villages，towns and cities built near water have been the most successful. People there are able to use the water resources to meet their daily leads. _4_ Places that are hard to reach，such as high mountains or dry Besets, will have fewer people living in them.

_5_For too long, people have destroyed natural resources, using up those resources that cannot be easily replaced. On the earth, we are lucky to have many resources that are renewable, such as sun, wind, water, and trees. As more and more focus is placed on the use of renewable resources, it will become easier to protect our planet from further harm.

A．It is easy to find new resources in nature.

B .Renewable resources are those that can be replaced easily.

C. While you may not think of oceans as natural resources, they are.

E .They can also use the water to help them move goods to other areas.

F. Natural resources are useful to people, and they come from the earth. 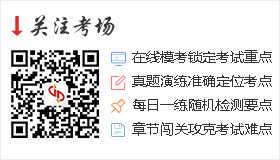 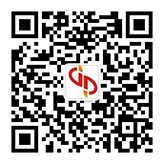